The bail of the notorious criminal brothers was canceled. 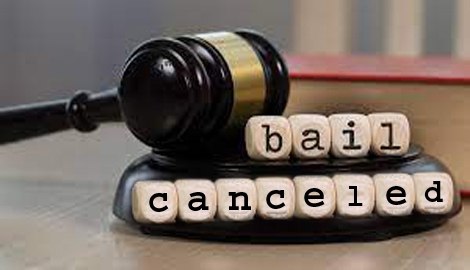 According to Kappa, Niaz (27) and Nishad (31), sons of Abdul Khader @ Kolli Niaz, were arrested in Nishad Manzil, Alummoodu, Punukkannur in Kotangara village in Kollam district. They are facing charges of attempted murder assault with a weapon and robbery at Kollam East, Kottiyam, Kundara, Kilikolloor, Kannanalloor and Eravipuram Police stations. They were on bail in the case of stabbing a complainant named Sajeevan in the Crime No : 462/2021 of Kannanalloor Police Station. The court granted bail on the condition that he would not interfere in similar cases. However, he was involved in similar cases at Kollam East and Kilikolloor Police Stations and violated the bail conditions of the court. The Kollam Principal Sections Court granted bail on a petition filed by Kannanalloor Police Station inspector Vipin Kumar UP, Sub Inspector Sajeev, ASI Satheesh Kumar and CPO Najeeb under the supervision of . Chathannoor Assistant Commissioner B.Gopakumar. Kolli Niaz is currently accused in about 20 cases.