A man has been arrested from Mathsyafed. 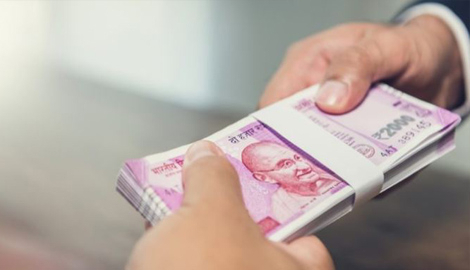 The accused had been working as a temporary employee, Kollam Vadi Kochukali Azhikathu Veetil  Manikandan's son Mahesh (32) at the pre-processing center at Shakthikulangara for 7 years. From January to September last year, he and his accomplice, the second accused Animon, embezzled Rupees 94 lakh by underestimating the turnover received from the Fisheries Department's green vehicle.

During the audit, it was found that a huge amount of money had been swindled. The case was registered on the basis of a complaint filed by the manager of Shakthikulangara Pre-Processing Center. Both the accused went into hiding and later the first accused Mahesh was arrested from his relative's house.T he second defendant, Animon, is a permanent employee and a junior assistant. He is in hiding. The arrest was made on the basis of a secret information  received by District Police Chief Narayanan.T IPS.

The Accused  was nabbed by a team led by Vijayakumar and comprising Sakthikulangara Inspector Biju U, SI Asha IV, ASIs Darwin and Sudarshanan and CPOs Noufal and Aneesh.